Many People Believe the Maya Died Away

The Maya died away? Really?

During 2012, with all the brouhaha about the Mayan prophecy and the world ending on December 21st, many people talked about the Maya. 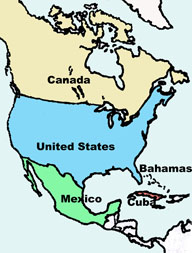 The Maya live in the Yucatan Peninsula, which is in southern Mexico, and also includes parts of northern Central America.

However, most people didn’t know who the Maya were. In fact, because the all the media buzz emphasized the end of the Mayan calendar, most people thought the ancient Maya died away leaving only their prophecies behind.

The Maya live in the Yucatan Peninsula, which includes the SE of Mexico, Guatemala, Honduras, Belize, and El Salvador, which is south of Honduras

I guess these people believe that this since the 2012 Mayan prophecy was made by the ancient Maya, there must not be any modern Maya.

Hi, I'm Carol Chapman. I first traveled to Yucatan to find images of my Atlantis past life memories in Mayan ruins. I've continued to visit this wonderful land and it's amazing people because I love the place.